Biblioteca Vasconcelos – One of the 21st Century’s Greatest Buildings

In the middle of a park in a neighborhood that (while historic) most tourists to Mexico City would not explore one can find a phantasmagoric gazebo. Painted in an array of colors, carved with elaborate textures and patterns, and capped by an intricate glass dome, the Kiosco Morisco was built for the 1884 World’s Fair. Just a couple blocks away from this odd bit of “you’ve-seen-it-now-what?” tourism, next to a transit station that is an even more unlikely spot for casual tourists to venture, looms the hulking concrete carapace of one of the world’s most spectacular libraries. 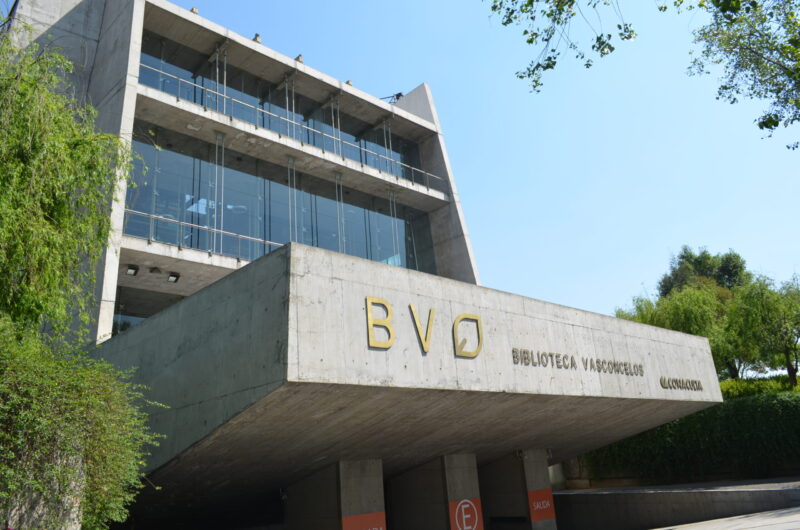 From the outside, one of the 21st century’s critically acclaimed buildings looks like a prison. Or a fortress. Or a prison fortress. The Biblioteca Vasconcelos most resembles a transport ship from the low-budget seasons of The 100. And yet, inside, is undoubtedly one of the most stunning buildings in the world—the World’s Most Beautiful Libraries. 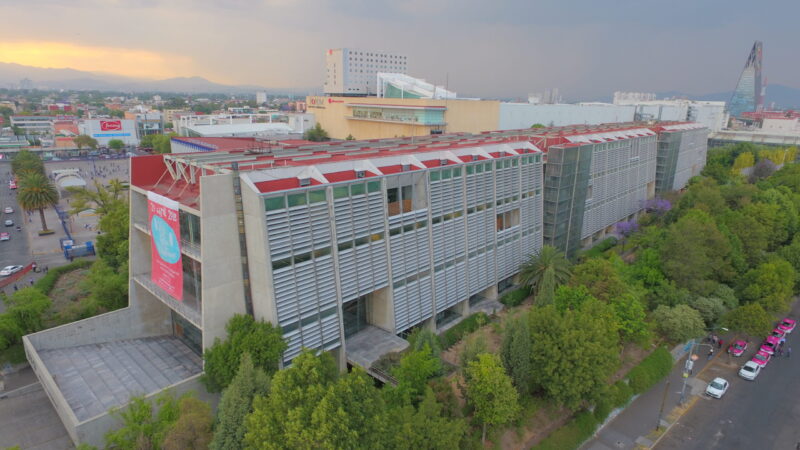 While the 125,000 square-foot library today has become a must-see for architecture enthusiasts, library fanatics, and those craving a cool Instagram post, the backstory to this gigantic building is quite a tale in itself. It’s one with political intrigue, plans gone wildly awry, and bitterness from many of the parties involved.

When it was first proposed nearly two decades ago, it was not intended to become the most popular contemporary architecture attraction in one of the world’s largest cities. Albert Kalach, the prominent Mexican architect whose firm designed the library, saw the project as one that might transform a less-than-idyllic corner (metro station, power plant, a busy street) of this magical city and serve as a major repository of knowledge. Indeed, it was designed to hold two million books.

Kalach, 60, often triggers a love-him-or-hate-him reaction when you mention him to Mexicans. Kalach and his firm Taller de Arquitectura X are behind three of the capital city’s most prominent modern buildings (the library, the Kurimanzutto gallery, and the Reforma 27 tower), but over the past decade, he has been most famous for his activism around reviving Mexico City’s ancient lakes. In fact, his losing bid—to Foster + Partners—for the new Mexico City airport would have had it floating on a lake.

The library is set within a 500,000 square-foot campus, which Kalach intended to give the library the feel of an “ark, a carrier of human knowledge, immersed in a lush botanic garden.” From the side, it’s a skeleton of vertical concrete slabs and glass, and from the front, it’s almost like entering a modernist tomb (in fact one critic called the building a “mausoleum of knowledge.”) If the building hunkers down on the outside, inside, the space soars. It has been made iconic by one simple choice—the library’s bookshelves are cantilevered out from the sides, giving them the appearance of floating from the ceiling. Painted a military green, they are accented by green-ish smoked glass floors. At the center hangs a giant whale skeleton from legendary Mexican muralist Gabriel Orozco. Natural light filters in through the floor to ceiling glass slits.

Wandering its levels, you’re apt to find groups of young people hanging out, sometimes even filming each other dancing. The place seems most appreciated for its spaces, rather than its collection.

The project was approved in 2002 by then-President Vicente Fox. One of the major criticisms of the project (which would cost nearly $100 million to build) accused Fox of seeing the construction of Latin America’s largest library not as a tool in the battle to alleviate Mexico’s poverty, but as a jewel in his presidency to take Mexico into a new era. It would be named for José Vasconcelos, Mexico’s first secretary of education after the Revolution. The president declared it needed to be opened by the end of his term, and so while Kalach and his team won the bid in 2004 and oversaw the design, construction was a disaster. According to Architectural Review, “Given the pressure of an 18-month construction window, two contractors were hired … to each oversee half of the building construction. It was built from the inside out, in two halves, north to south and south to north, by 24 construction companies and crashing into a whole down the middle.”